We have moved, please note our new address 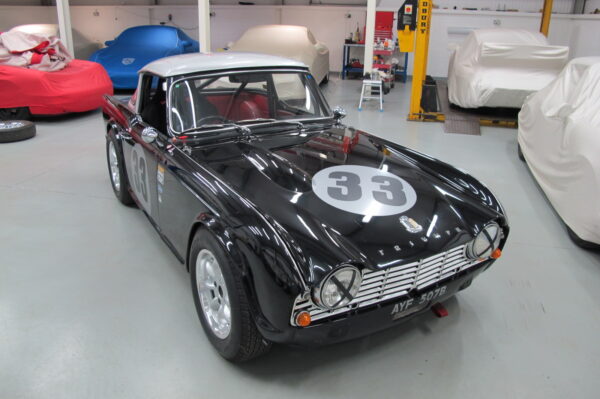 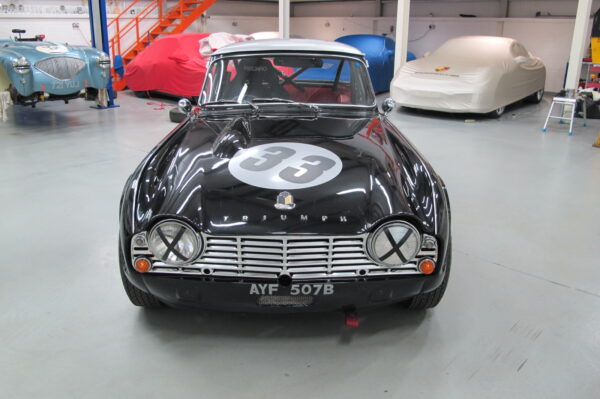 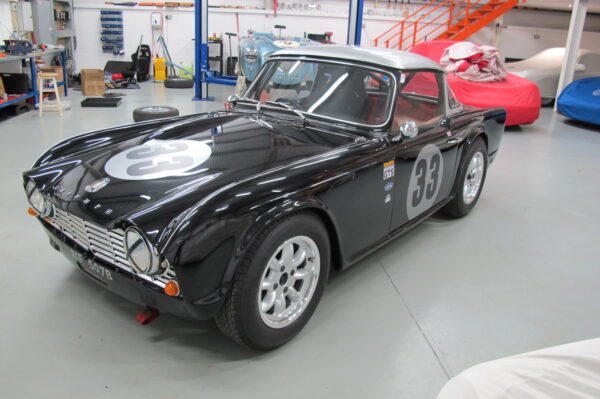 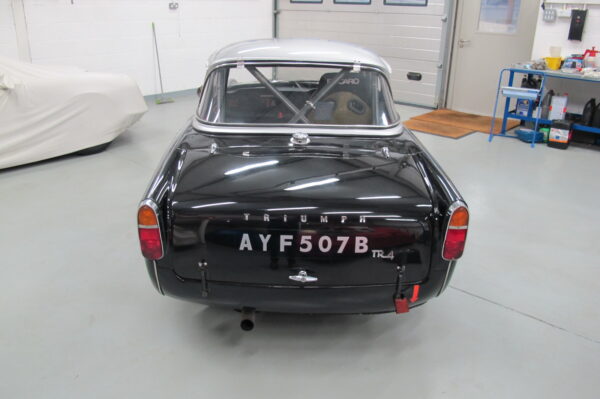 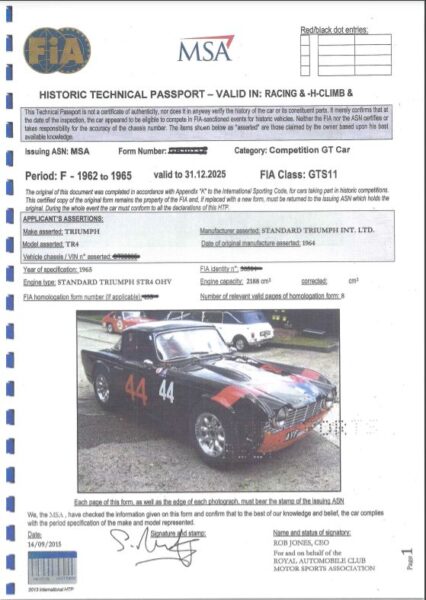 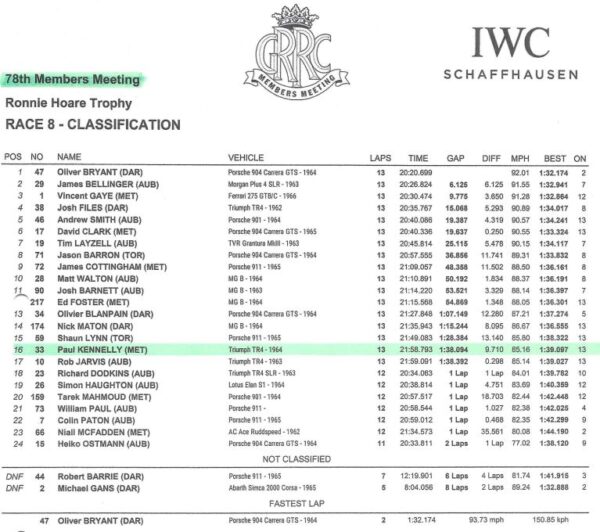 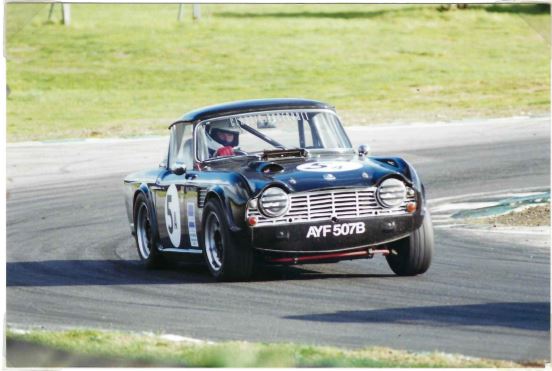 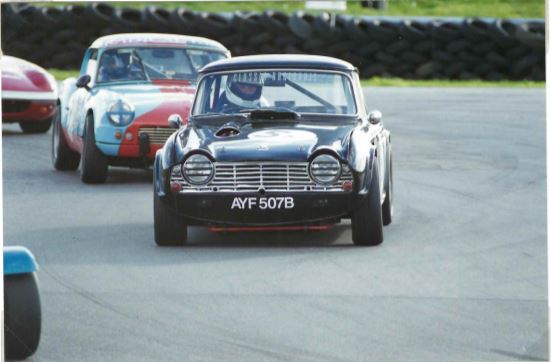 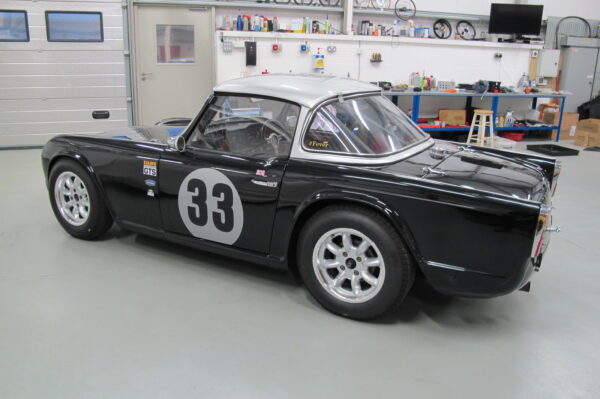 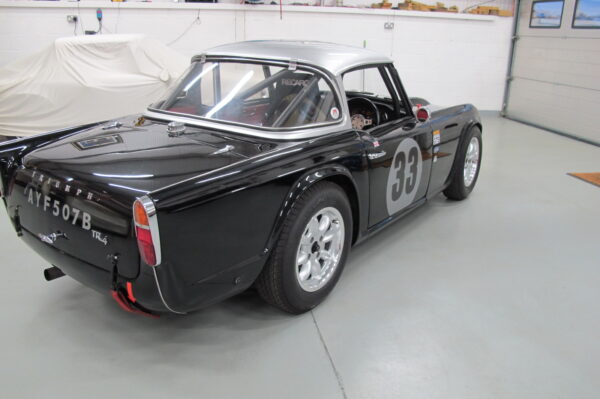 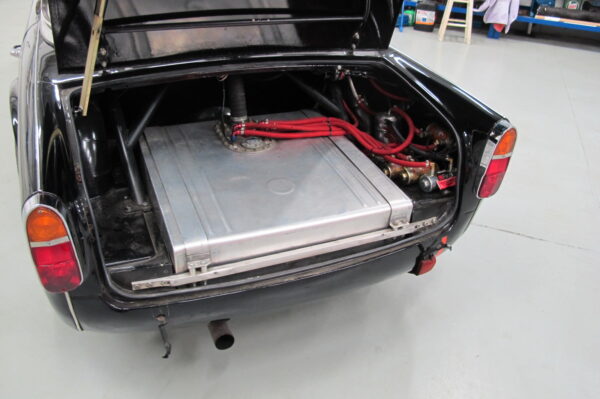 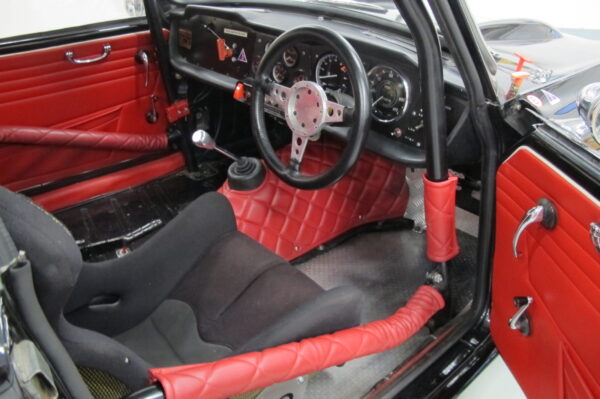 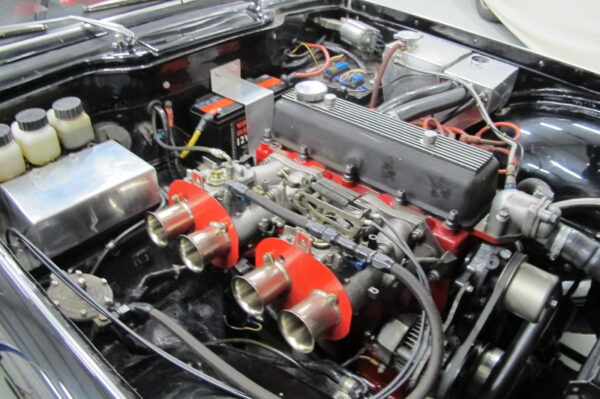 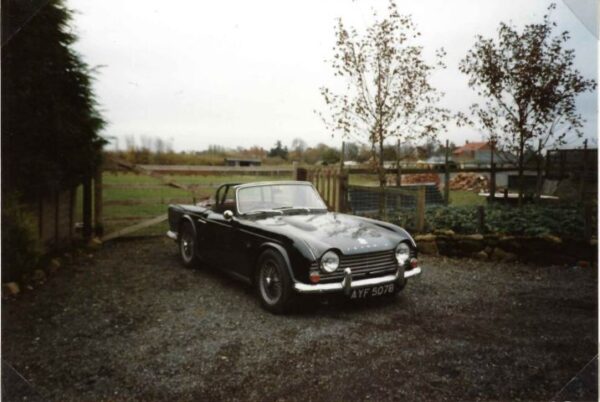 For sale: 1964 Triumph TR4 FIA race car. Supplied to Eaton Avenue, London in March 1964, the car rolled off the production line in black paint with red trim, although the rest of the car isn’t quite how it left the factory! This full FIA race car has had recent major works and is supplied with papers valid until 2025 and a huge history file. It’s been recently refreshed and is ready to race.

During 2020 and 2021 the TR4 was treated to extensive mechanical and body works and a fresh engine rebuild by Brian Stevens with an output of 180bhp in preparation for the 2021 Goodwood Members’ meeting.

The car’s history file includes details of its participation in 40 races dating back to the early 1990s, when the car was first converted for competition use, along with engine dyno results, FIA papers and maintenance schedule. The car raced at the 2021 Members Meeting, where owner Paul Kennelly posted a respectable fastest time of 1:39.0. The car went faster still with Neil Fisher at the wheel, circulating Goodwood in 1:35.2 – just 1s slower than professional driver Josh Files in his TR4 – which proves the true pedigree and pace of AYF 507B in the right hands.

As well as Goodwood, in the past the has been raced at events including MG Live and the 2004 Pau historic. Having previously competed in these events, AYF 507B would be likely to receive invitations to race there again.

This TR4 would suit someone new to historic racing or an experienced driver wanting to run at the front of the field. The TR4 has naturally kind characteristics that favour newcomers to historic racing – it’s a brilliant car to learn and develop skills on track. This car has the added benefit of the fresh engine rebuild and previous owner’s meticulous preparation and no expense spared approach to maintenance.

This car, however, is not just suitable for beginners as its pace in the capable hands of Neil Fisher at Goodwood has shown, it has the pace to be a competitive car in experienced hands in a series such as Equipe GTS.

In the attached photos you’ll see the car in various guises from its beginnings as a road car to its early race career and through to the present day. The car is now presented in black with silver roundels.