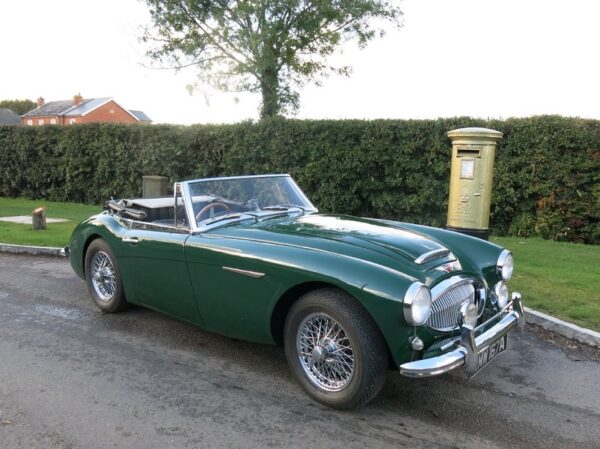 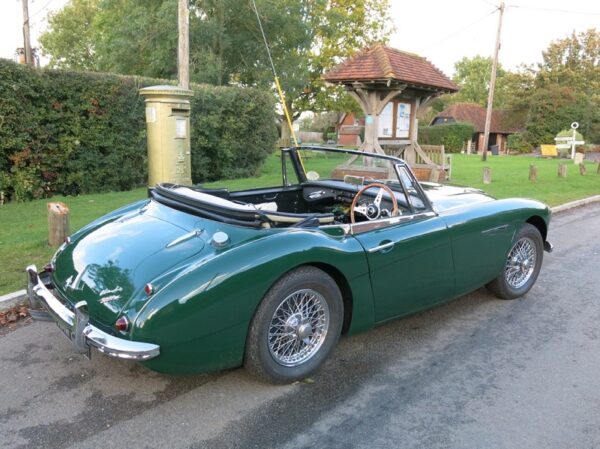 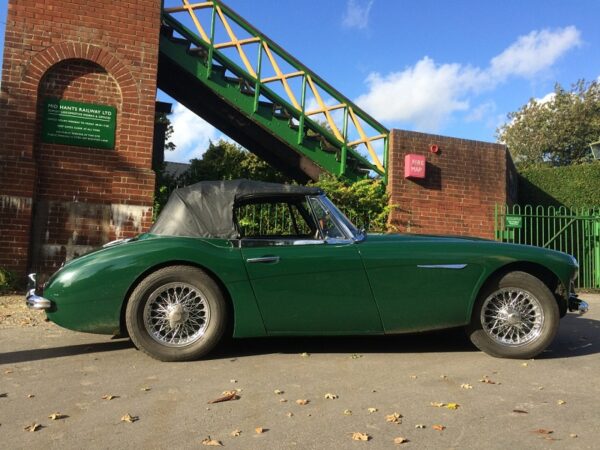 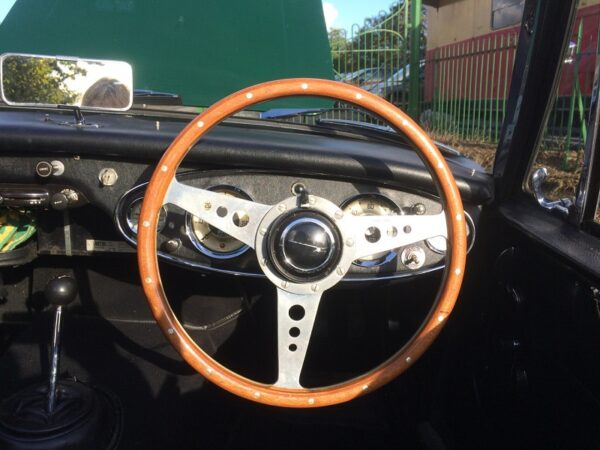 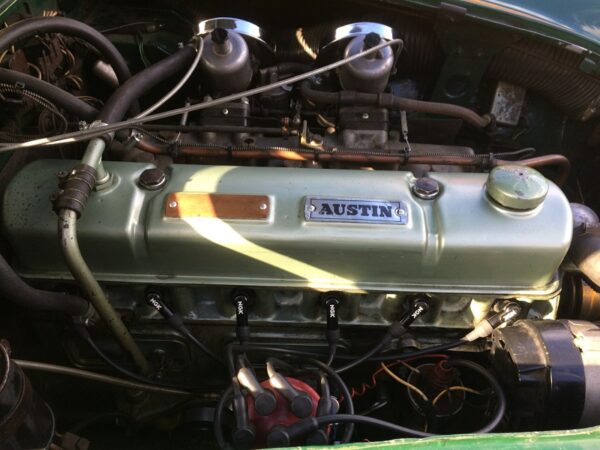 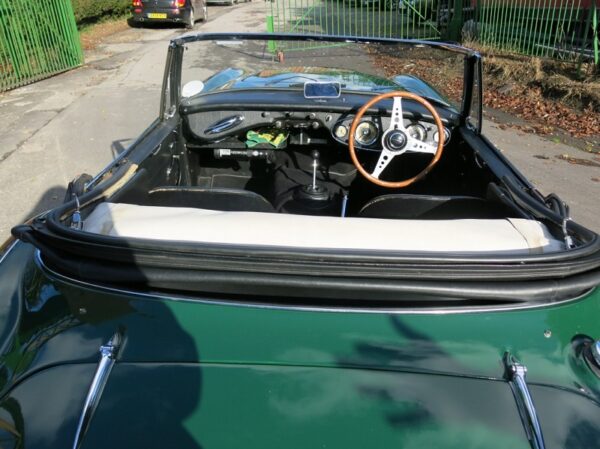 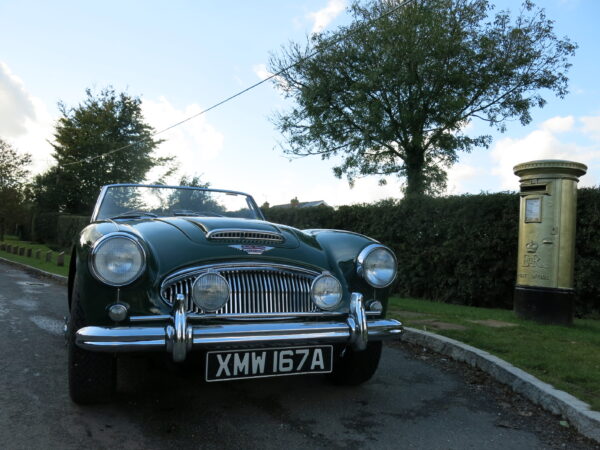 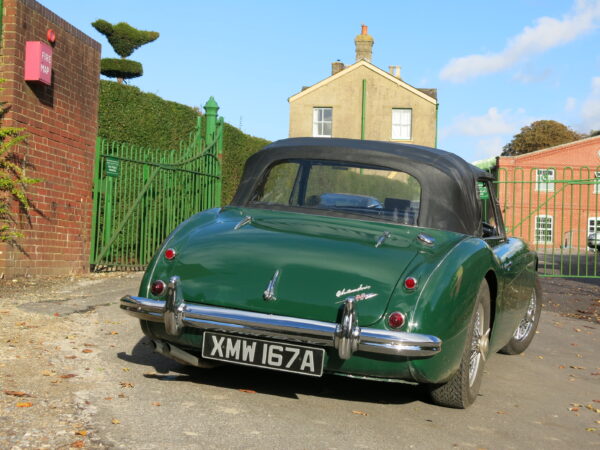 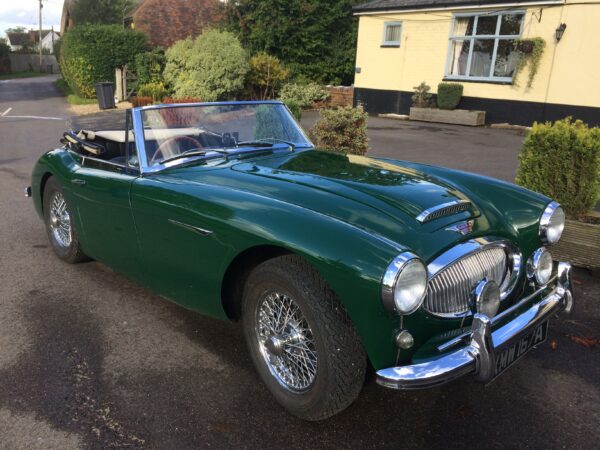 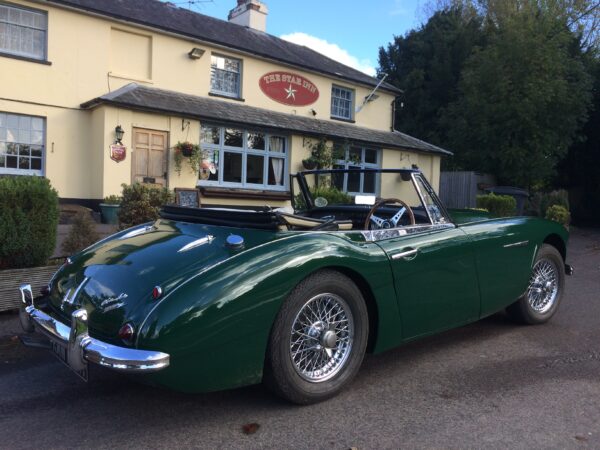 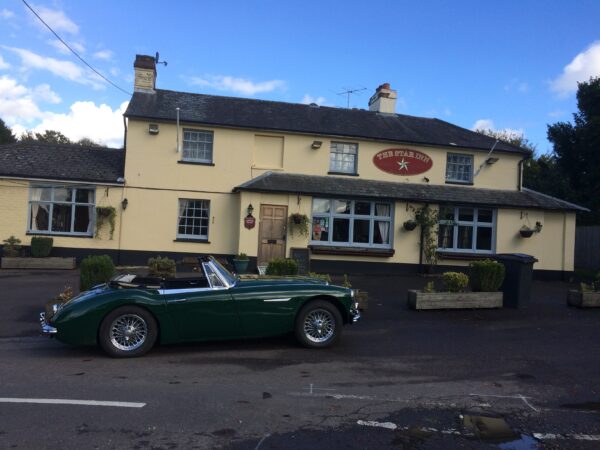 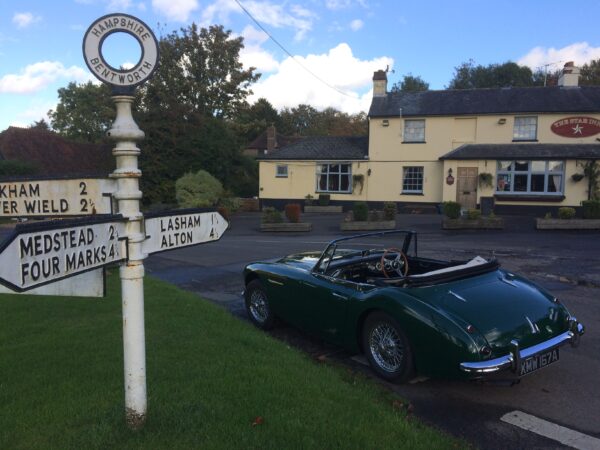 This model was the transition between the sports roadster and the true convertible, with its early dash, wind up windows and convertible hood.

I personally (Bill Rawles) think that it is the best 3000 for commuting to work as it is water tightin under 30 seconds.

Other Numbers (where recorded):-

Other information – The registration mark 4549 TU was issued in Cheshire. This car is the last Austin Healey 3000 MK II BJ7 convertible

The most iconic and easily recognised of all the Austin Healey models must be the “3000”. The desire and need for more power turned the 100/6 model into the 3000 model in the summer of 1959. Early in 1959 the Austin Healey “100-6” (the six cylinder engined cars) finally came to the end of production and in its place was born the Austin Healey “3000” model.The first 3000’s were built at Abingdon immediately after the 100/6 production ceased in late March but announcement was delayed until launch stocks had been built up.

The legendary Big Healey was born and kept rolling off the production line until 1967. The car’s bodywork was made by Jensen Motors, and the vehicles were assembled by Austin-Healey at the Abingdon works.Who would have known at this time that it was the model which would go on to have the longest production life, the greatest marketing success and the largest number of sales.

To begin with the changes from a “100/6” to the “3000” were small on the surface but over time improvements and modifications kept evolving and it became the car to have in its day and of course its popularity still remains today.

The enlarged 2,912cc engine enabled the car to take full advantage of the 3 litre classes in International rallying and racing. This model of big Healey also acquired disc front brakes.

The car went on to have MkI and MK II models and the final statement was in the creation of the MK III. The 3-litre “3000” was (and still is) a highly successful car, which won its class in many European rallies in its heyday and is still raced in classic car competitions by enthusiasts today.

XMW 167A was the last Austin Healey 3000 MK IIA to roll off the production line in November 1963. The replacement MKIII model actually started production in late October 1963 but was not announced until the following year.

Production of the 3000 MK II totalled 11,564. The vast majority, 9,468 were exported to North America. This was almost 82 per cent of production. Exactly 750 cars were delivered for the home market.