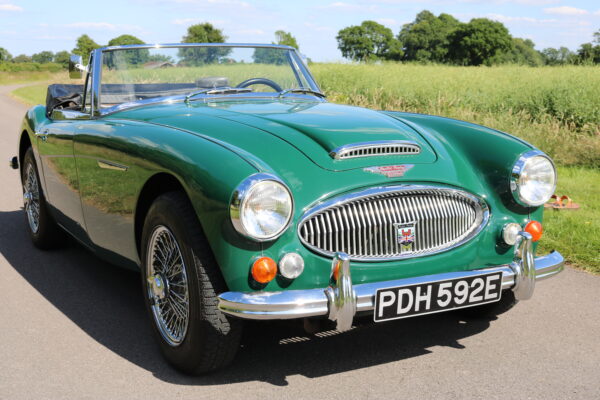 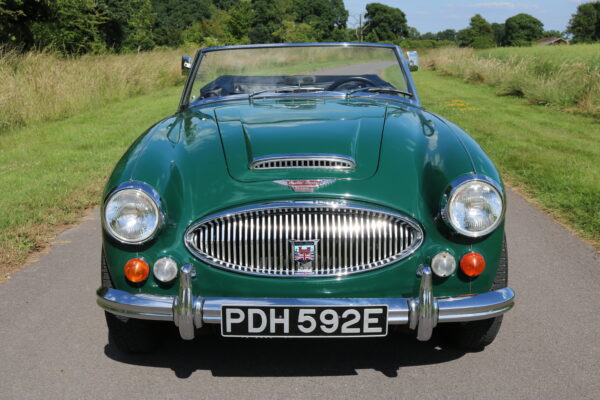 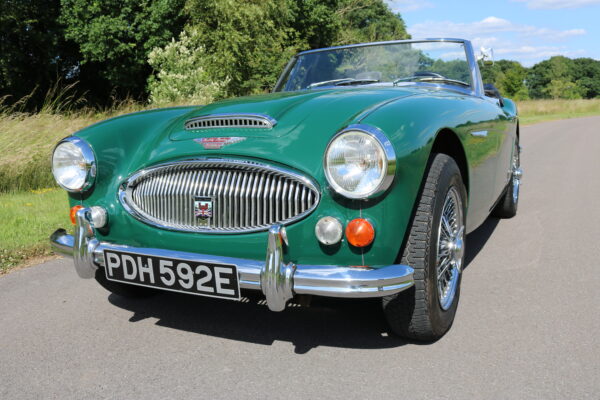 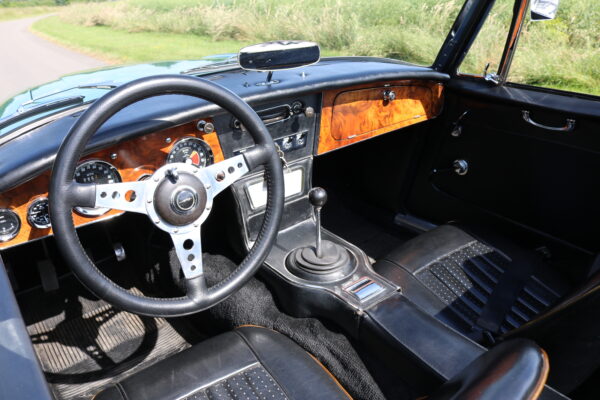 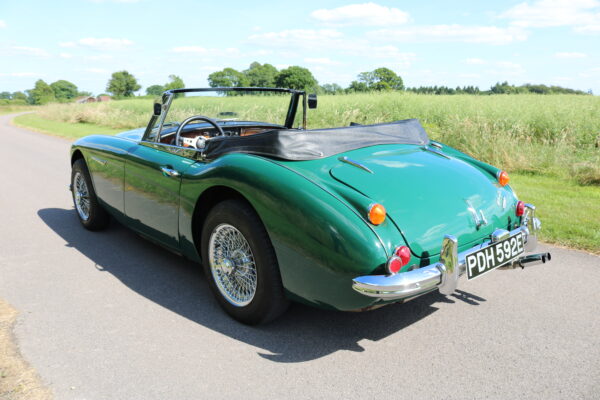 Built on 15-16th June 1967 and dispatched to north America on 29th June 1967, this Austin Healey 3000 BJ8 left the factory exactly as you see it today, LHD, British Racing Green with black interior.

Although still LHD, the conversion on the Healey is something we often do due to so many Healey’s heading out to the states and returning to home soil so should you want it converted, please enquire.

Owned by the current owner for many years and previously used in Holland before coming back to the UK, this Healey has an original mileage of just 51,113.

A large history file documents a light restoration where the body panels were removed and resprayed to a high standard as well as new carpets fitted too. Although the car was restored on the outside, underneath and in the engine bay, it is very original and is a matching numbers car. This Healey drives very nicely due to low mileage and good maintenance.