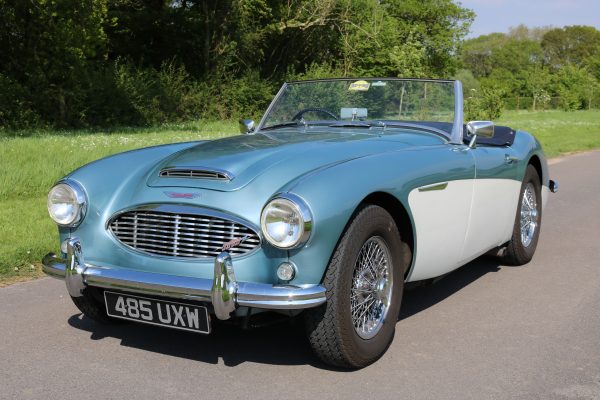 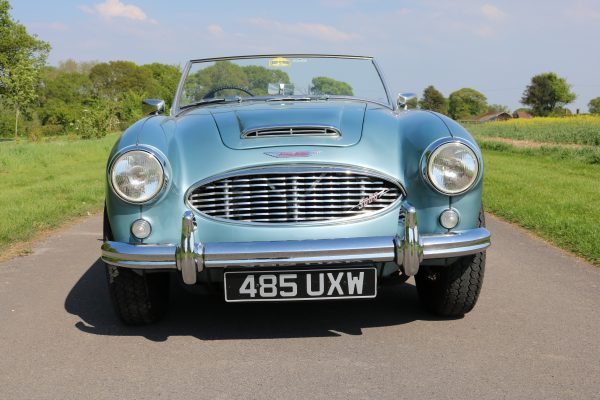 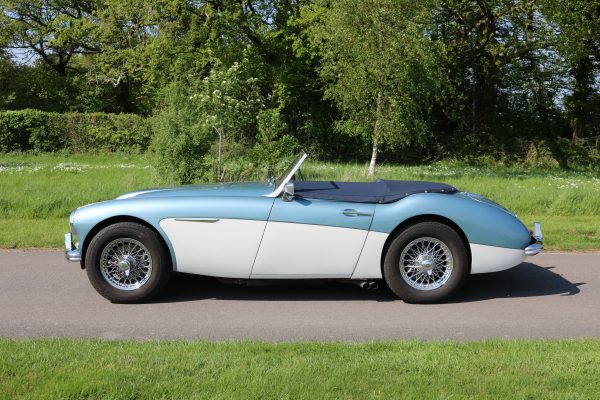 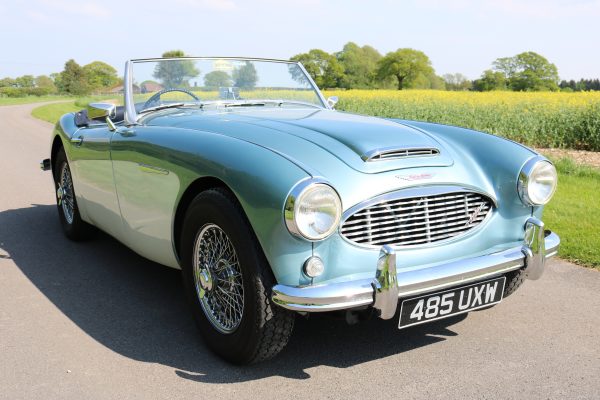 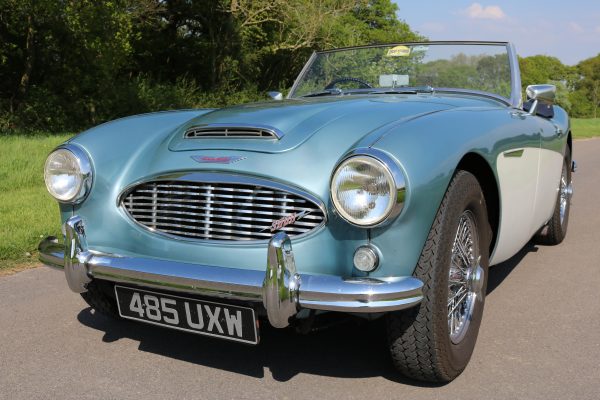 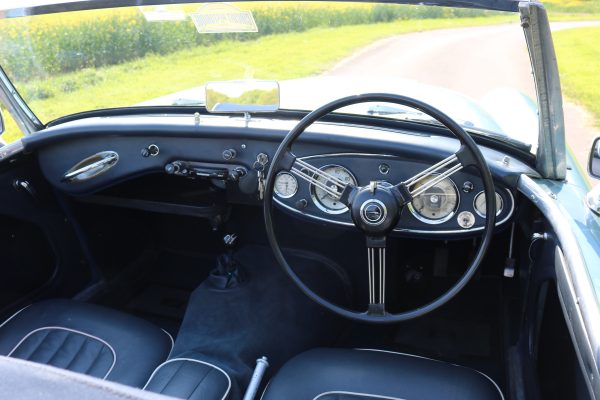 Brought back to the UK and converted to RHD this Healey 3000 is finished in the most popular Healey colour, Ice Blue, just as it left the factory.

The car has been very well maintained and has had an engine rebuild in 2012 which I must say, runs very nicely, included in that overhaul was steering, carbs, gear box & overdrive, clutch and tyres which totalled just under seventeen thousand pounds. This Healey has been regularly serviced and maintained which can be noticed as it drives well with light steering, stops straight and the engine has bags of torque complemented by the gearbox which is smooth and precise. The bodywork is in good, but not perfect condition, but value for money, this car has everything going for it. 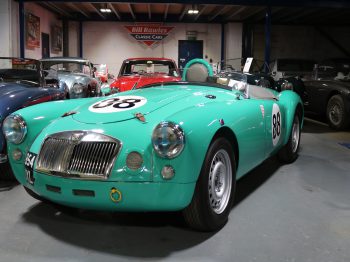