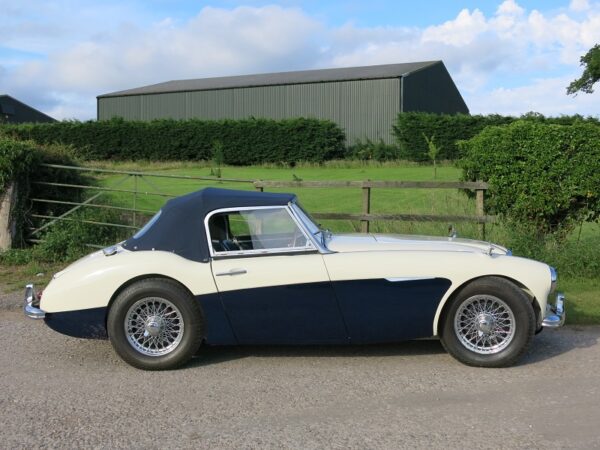 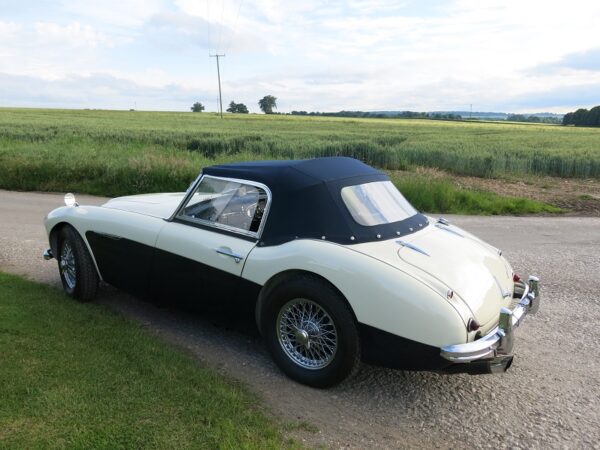 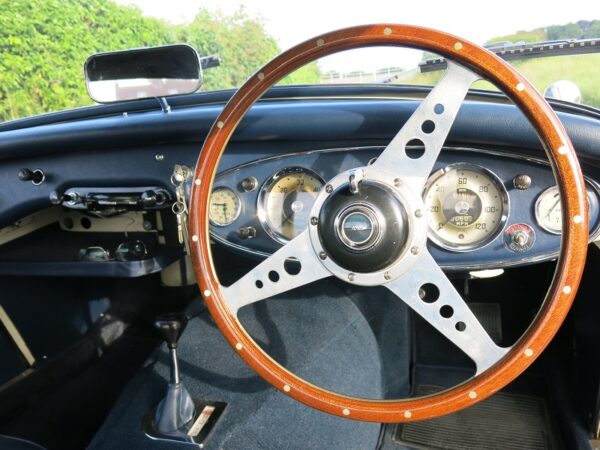 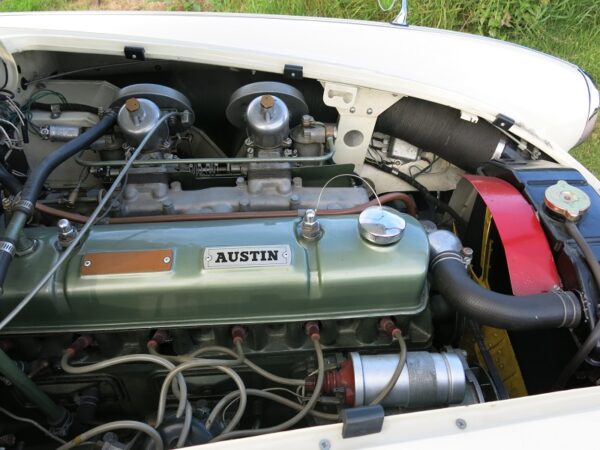 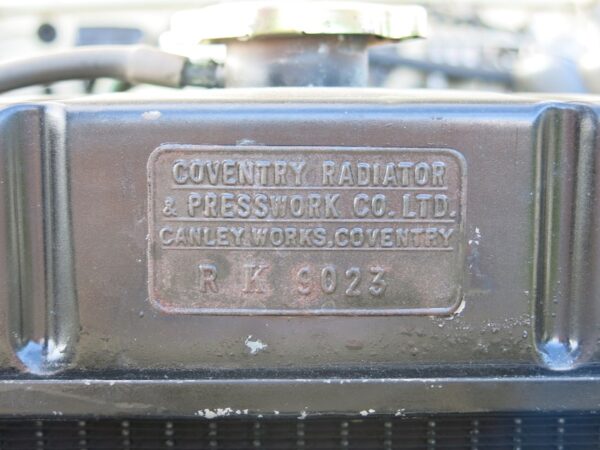 This Austin Healey 100/6 was produced on the 13th September 1956 and shipped to the USA, where it spent most of its life.

It was then exported to New Zealand where it underwent a major restoration by the present owners. At the same time the vehicle was converted to automatic transmission using an Austin Westminster auto box.

The vehicle was imported to Belgium where it has been in ownership of a British Diplomat and used in Europe for local touring.

This is the first automatic Healey that we have seen in 30 years of trading and thus makes it quite a rare vehicle.

The restoration has been carried out to a very high standard and the two tone paintwork and chrome wire wheels complement this 100/6.

The auto box makes for a less aggressive drive and allows for relaxed driving. However if you prefer a manual transmission it is possible for us to convert it back.

We would strongly recommend viewing this Healey.

The 100-6 had several unique features that differentiated it from other Austin Healey Marks. Sometimes the changes were small and cosmetic. Sometimes the new developments were larger and more significant to accommodate modifications and technical progression that was introduced to enhance performance. Whatever the differences, it is the finer details that gives these cars quirkiness, appeal and individuality. Today the differences are still discussed long and hard by specialists and purists. The list of differences is quite comprehensive and sometimes can seem quite complicated. For a more in-depth source of information Bill Piggott’s book Factory-Original Austin-Healey 100/6 & 3000: The Originality Guide to Six-Cylinder Austin-Healeys, 1956-1968 , is highly recommended and a fascinating read.

In late 1957 production was transferred from Longbridge to the MG plant at Abingdon.